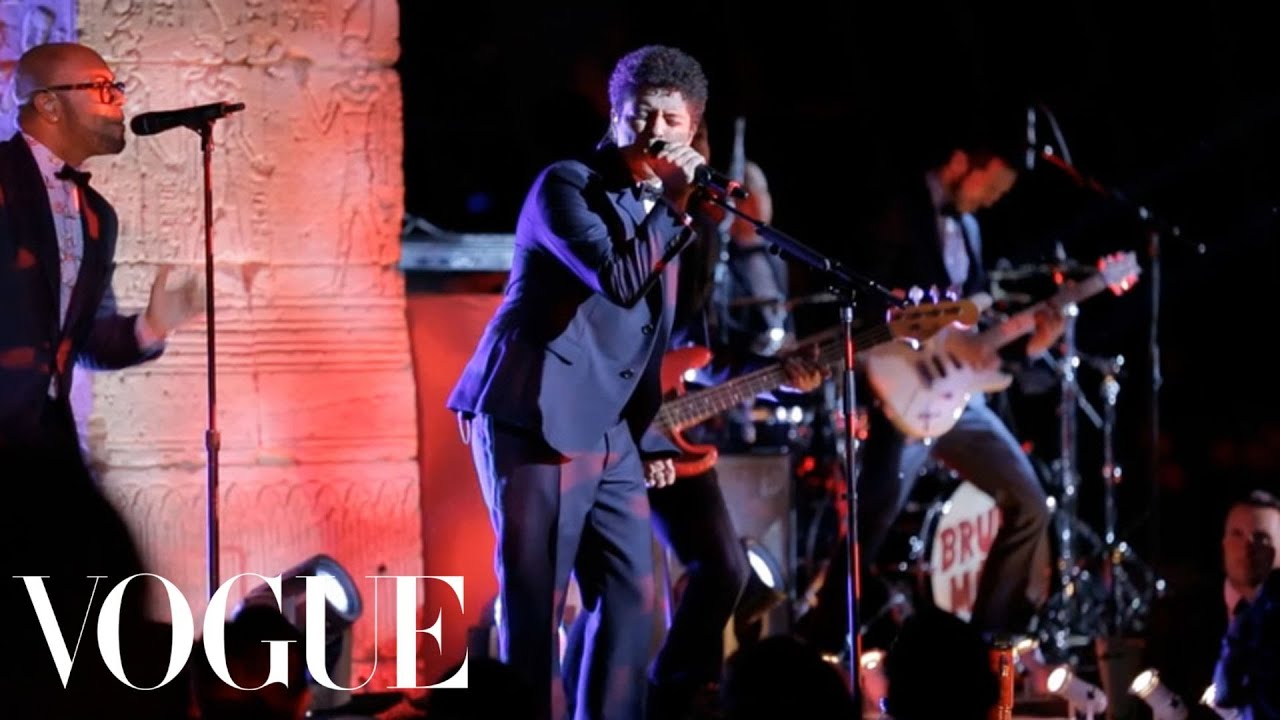 Video
Share on Facebook
Share on Twitter
Share on Pinterest
Share on LinkedIn
As the lights dimmed after dinner on the expansive Temple of Dendur at the Metropolitan Museum of Art on Monday night, a tuxedo-clad Vittorio Grigolo appeared. Or, perhaps, it’s fair to say the first thing that arrived was the Italian tenor’s voice. The 35-year-old opera singer rose above the crowd (assisted by a pack of dancers) and belted out a stupefying version of “Nessun Dorma” from the Puccini opera Turandot. And just when guests thought it couldn’t get any more interesting, the night dramatically shifted gears when Bruno Mars took to the stage and brought down the house with his animated, unflagging rendition of his hit “Runaway Baby,” a song that brought the room swiftly to its feet. Here, get an inside look at, not only the key players who attended the gala, but these once-in-a-lifetime musical performances.