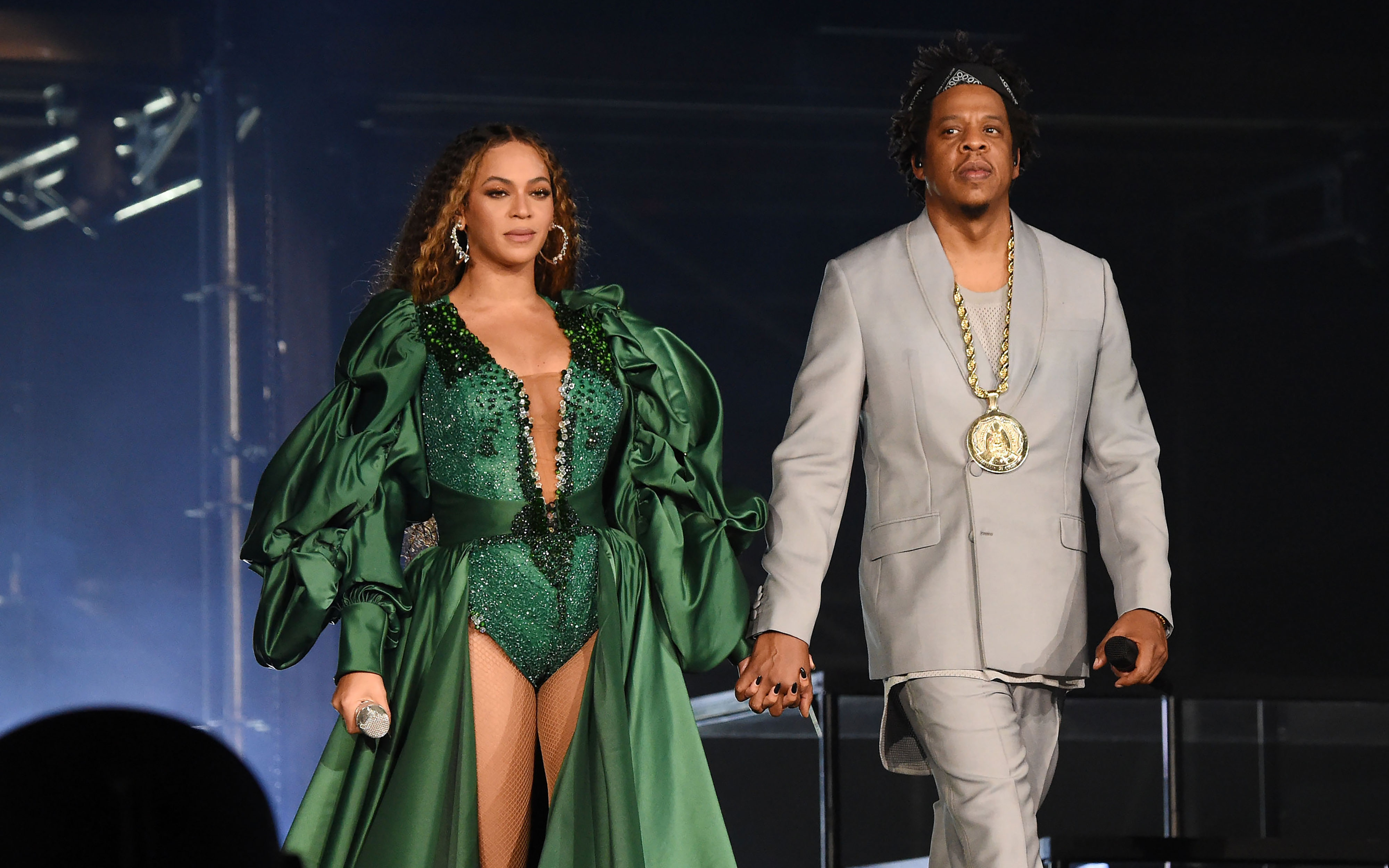 Queen B and her king will be starring in the iconic jeweller’s next ad campaign, signalling a new era for the 184-year-old brand.

Is there anything Beyoncé can’t do? I ask this as a serious question. The music icon, entrepreneur (she’s the founder of media conglomerate Parkwood Entertainment), fashion designer (hello, Ivy Park!), mother of three and overall goddess is adding another title to her already stacked resumé: the new face of Tiffany & Co.

Announced by WWD in tandem with the unveiling of Beyoncé’s Harper’s Bazaar September issue covers (yes, there are multiple), the fashion news outlet reported that both Bey and Jay-Z will be featured in Tiffany’s next ad campaign. Teasing us with what’s to come, Queen B posted various photos from her September shoot, and can be seen dripping in diamonds courtesy of the heritage jeweller. As we anxiously await more details, here’s what we know so far about Beyoncé and Jay-Z’s Tiffany partnership.

So, Beyoncé and Jay-Z will appear together in Tiffany & Co. ads?

That’s right, this is shaping up to be something of a family affair, with the “Crazy in Love” couple starring in the next ad for the iconic brand (although it’s still unclear if we’ll get to see the entire Carter clan). It’s been five years since we last saw the power couple on screen together in a 2016 Ivy Park campaign video, and we can’t wait.

What Tiffany collection will Beyoncé and Jay-Z be modelling?

We don’t know which collection will mark Beyoncé and Jay-Z’s Tiffany debut, but it will likely be fall or holiday 2021. As Tiffany & Co. launched a dedicated men’s jewellery line less than two years ago and introduced its first-ever men’s engagement ring this past April, the rapper’s involvement in the campaign teases the possibility for a new male line.

When will the Bey and Jay Tiffany & Co. images be released?

Tiffany’s recently announced their plan to roll out campaigns in September and October that include new celebrity ambassadors, but who will appear in what collection is still unclear. We can hopefully expect an official statement soon, but until then, we’ll be obsessively stalking Queen B’s Instagram — more than we already do, of course.

What makes this Tiffany’s campaign different?

When luxury conglomerate LVMH (home to 75 designer brands) acquired Tiffany & Co. in 2020, it made headlines around the world. In the most expensive fashion deal of the century, the French corporation bought the jewellery brand for $15.8 billion, and promised big changes. A year into the merger and LVMH is making good on its word. In a guerilla-style marketing approach last month, the streets of New York City and Los Angeles were splattered with posters of the new ad campaign with the messaging, “Not Your Mother’s Tiffany.” Gone are the references to Audrey Hepburn and use of Tiffany blue, and in their place are edgy cool girls, modelling silver linked necklaces and organically shaped cuffs. One Instagram user wrote on a post, “Yep. You’re right. I like my mother’s Tiffany. Good luck with this. None for me, thanks.” LVMH is known for its dramatic shakeups of luxury labels (think Hedi Slimane’s punk takeover after Phoebe Philo’s minimalist tenure at Celine), some feel it’s a gamble for the brand admired for its heritage and timeless appeal.

The introduction of Beyoncé and Jay-Z as Tiffany’s new faces signal that the luxury behemoth has no plans to slow down the rebranding of Tiffany & Co., and honestly, we’re looking forward to seeing what happens next.