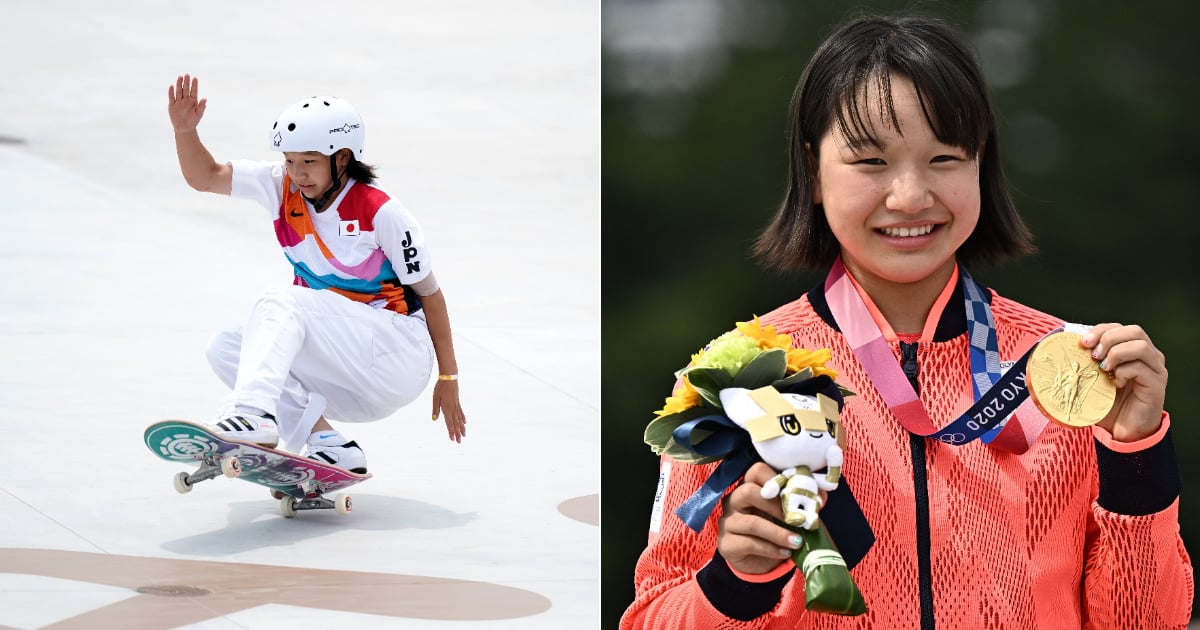 It was anyone’s game at the women’s street skateboarding finals as the fifth-round for best trick were underway at the Tokyo Olympics. Nishiya Momiji of Japan ended up winning the gold metal due to her successful performance of a gap-to-lip putting her at a score of 15.26. At just 13 years old, she made history as the fist-ever gold medalist for women’s olympic street skateboarding.

An announcer was heard exclaiming “teenagers are taking over the world,” as the top three skaters of the finals began to solidify. Placing third was 16-year-old Nakayama Funa, also of Japan, and Brazil’s 13-year-old Rayssa Leal came in second. So the announcer was correct teenagers are taking over the world or at least the world of street skateboarding. With the overall supportive and smile-filled competition (with a ton of smiles from Margielyn Didal of the Philippines), we’re excited to see what the park skateboarding competition has in store.