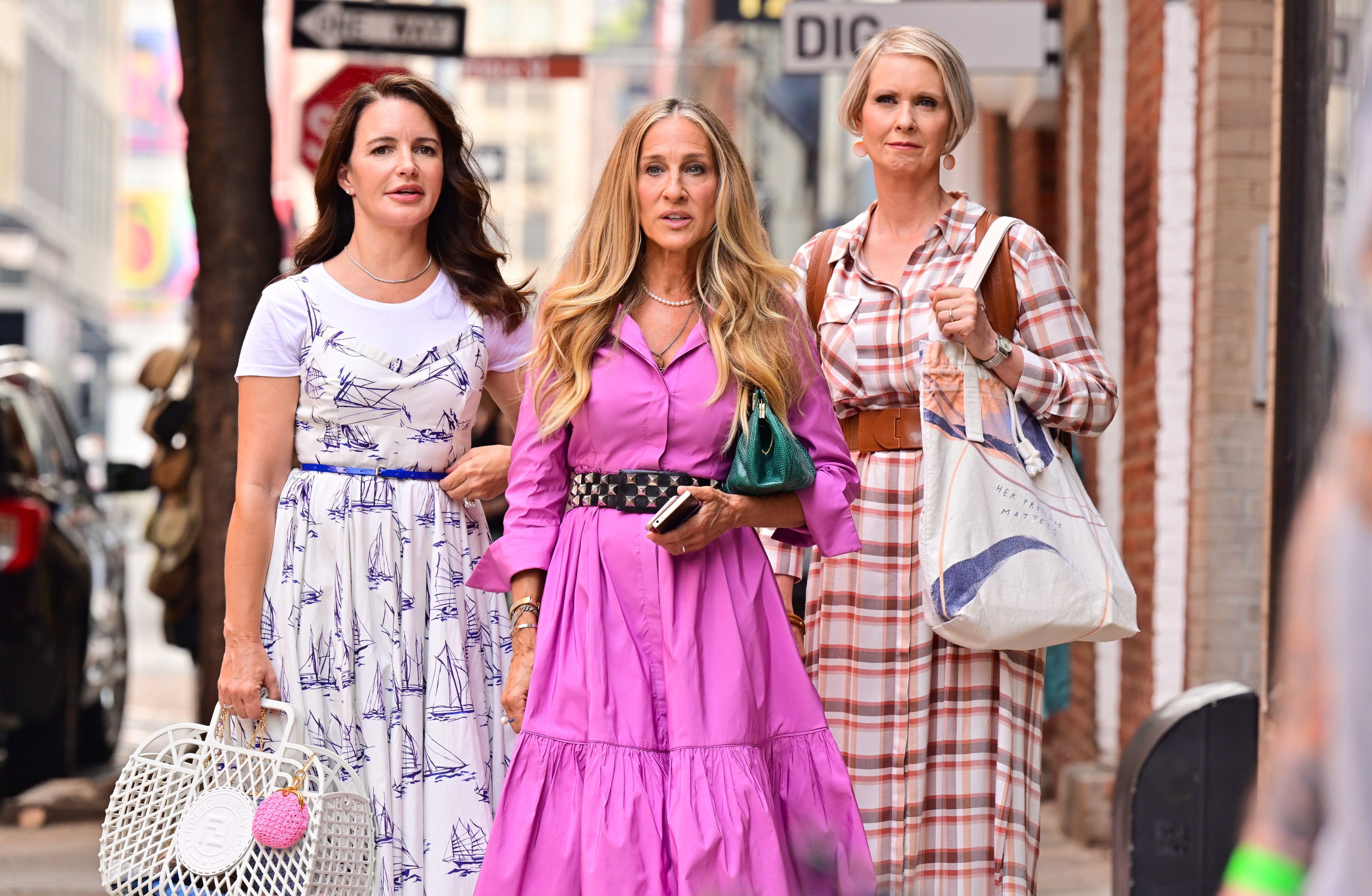 And just like that, Carrie, Charlotte and Miranda are still influencing our wardrobes two decades later.

Grab your Manolos and start making that Cosmo because photos from the new Sex and the City 2021 reboot are here — and the fashion doesn’t disappoint.

July 19 marked yet another behind-the-scenes sighting of the beloved cast — Sarah Jessica Parker, Cynthia Nixon and Kristin Davis are all reprising their roles — filming the 10-episode series, And Just Like That. Colours and prints were on full display as Parker was seen wearing a fuchsia shirt dress beside Nixon in a boho-chic plaid ensemble, and Davis, sporting a romantic blue and white look.

While the show is hotly anticipated, the wardrobe is perhaps more so. After the first And Just Like That on-set images were released earlier this month, fans and fashionistas alike took to social media to share their unbridled enthusiasm. Under the supervision of costume designer Patricia Field, the original Sex and the City is widely regarded as one of the most fashionable TV shows of all time. The designer (and vintage) clothing was a character in itself and sparked countless trends, from tulle skirts and namesake necklaces to oversized flower brooches.

With such an enormous legacy to uphold, the news of Patricia Field not returning to the show sent shockwaves across the Sex and the City fandom. Already tied up with her work on Emily in Paris, Field told WWD, “The main reason was a time conflict. I wasn’t able to be in New York doing that and be in Paris doing Emily in Paris. But I told them to call my very dear friend Molly Rogers, who also worked in my store back in the day. She did Sex and the City with me from start to finish. She knew it well, so she’s doing it. My dance card was full.”

Although the announcement was nothing short of devastating, Field’s long-time collaborator and costume designer Molly Rogers is already proving she is up to the task of continuing the show’s fashion legacy. The cast has been photographed wearing bold colours, trendy silhouettes and iconic designer accessories — Parker has even been seen carrying a purple Fendi Baguette bag, a cult favourite amongst the iconography of Carrie Bradshaw, and the studded Dior belt she favoured in the series’ first film.

As we eagerly await the show to premiere on HBO Max (no news on when yet, but watch this space!), here’s all the on-set fashion we’ve spotted so far.