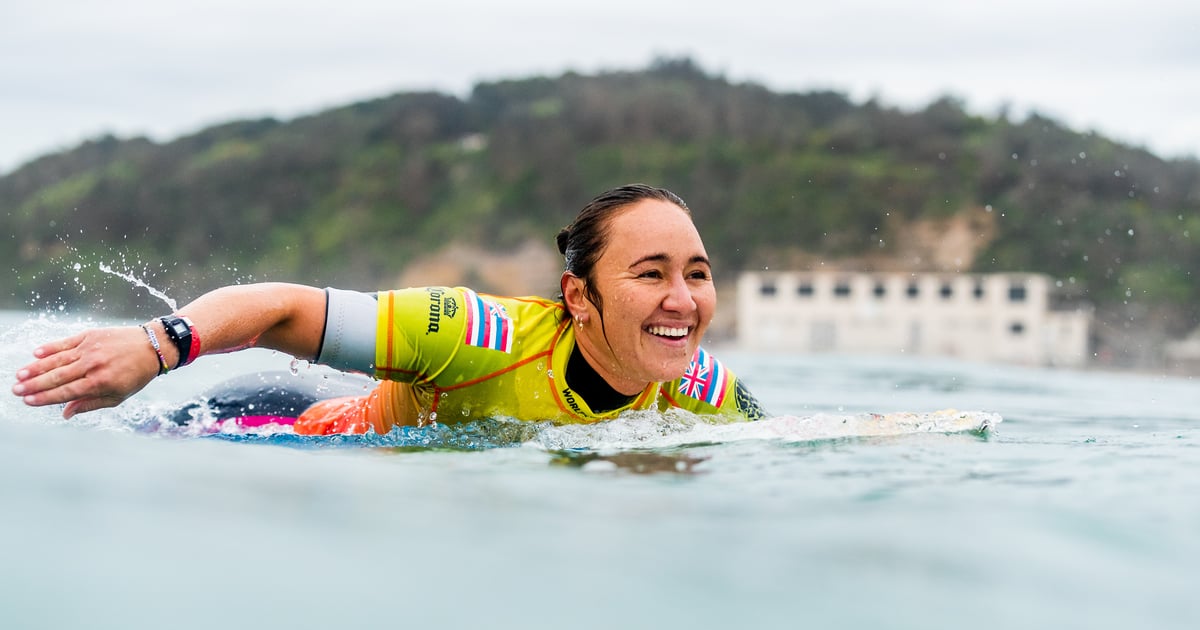 Surfing will make its Olympic debut this summer in Tokyo, and American pro surfer Carissa Moore is ready. Moore has said that the addition of surfing to the 2021 Olympics is “a really big moment” for the sport, adding that competing at the Games is something she never even imagined for herself.

“The Olympics wasn’t ever really on my radar as a young girl as it didn’t seem like a possibility, so it was only when it became a reality a couple of years ago that it became something I wanted to strive for,” the 28-year-old surfing champion said in an interview with Red Bull. “In the 10 years that I’ve been competing on the Championship Tour, I’ve seen so much progression of the sport and it’s just great to see surfing rise to that Olympic level.”

Or maybe the Olympics have finally risen to Moore’s level. The Hawaii native began surfing on Waikiki Beach with her dad when she was just 5 years old. She racked up 11 amateur titles before qualifying for her first season on the World Surf League championship tour in 2010. The following year, when she was just 18 years old, Moore became the youngest athlete to ever win a surfing world championship. But her success didn’t stop there: Moore won the title again in 2013, 2015, and 2019, and was a 2014 inductee into the Surfing Hall of Fame.

Olympian — or even better, Olympic medalist — seems like a natural next step for someone who has already made such an indelible mark on her sport. Before Moore vies for a spot atop the podium, here are six things you should know about her.