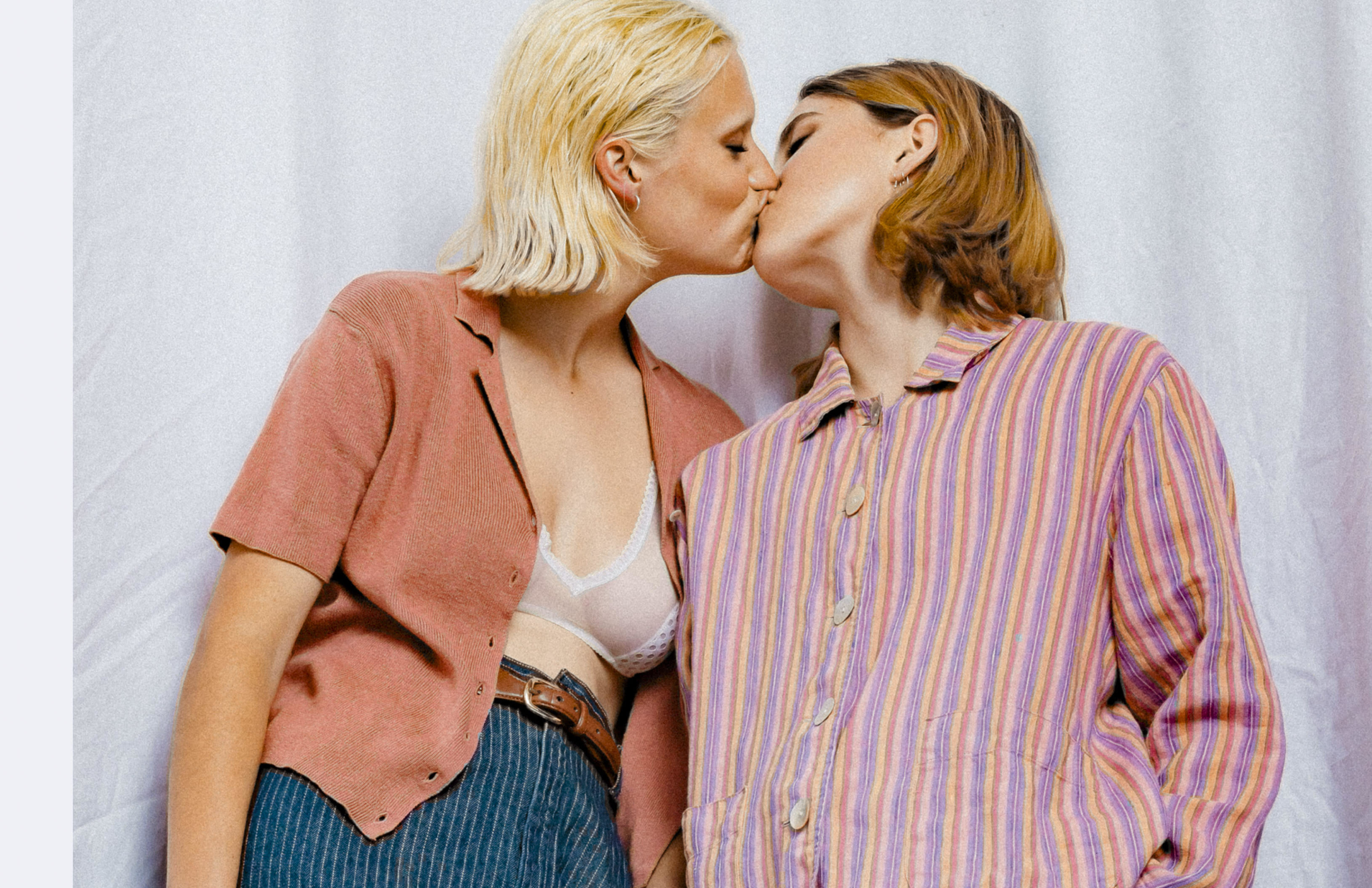 This Pride Month, FASHION is giving space to local LGBTQ2S+ voices in the creative community to share what it means to them — and how they’ll be celebrating.

“The transformative power of gay glamour.” It’s a notion Toronto-based vintage purveyor Andrea Lalonde has been ruminating on more and more these days — and not only because of the recent surge in documentaries about the heydays of disco and Studio 54 giving more of us insight into the lives of queer creatives.

Lalonde, who owns Nouveau Riche Vintage, also notes that on the occasion of Pride it’s crucial to reflect on the pioneers of the movement, such as Marsha P. Johnson and Sylvia Rivera, and how they would “pull a look and march in protest.” She adds that this idea has regrettably been largely lost because of the lack of in-person events the last year and a half. For her part, Lalonde is reinvigorating it with the release of a new series of images of Nouveau Riche’s wares, donned by model Meg Cule and her partner, Alexa Precious.

Laid-back linens, light knits tailored trench coats as well as ’90s-ish denim and leather are featured in the photos, which were styled by Nadia Pizzimenti and captured by Claudine Baltazar — with Allana Fennell as makeup artist and Antonia Stanley doing hair. An easy elegance and intimacy permeate each shot and they’re a stark contrast to the visuals we’ve become accustomed to seeing around Pride month. And that’s intentional, Lalonde notes, in terms of recalibrating the notion of what queerness looks like; if rainbows are your thing, however, she’s got plenty of multi-hued attire in stock as well.

Lalonde has put a much greater focus on creating these look books throughout the pandemic, both to sell her products and to reconnect her with the kind of curation and story-telling that were present when she worked in the art and film spaces. “I’m in fashion accidentally,” she laughs, highlighting that while working for Toronto’s Inside Out Film Festival, which currently runs until June 6, she became increasingly interested in queerness in cultural spaces.

Yet her present position as proprietor of one of the city’s most popular vintage venues, which also has a rental and archival component, is a role she’s embraced heartily. And she seeks to use it as a platform when it comes to informing a vintage-loving audience about the diversity of queer makers throughout history. Disco, for example, wasn’t “just glitter — it’s loaded with magical queer history,” she says, adding,  “I have less shame around the fact that I think fashion is important, especially for queer people. It’s a way to form identity. [I’ve] always ensured my store was a safe space for people, no matter who you are, to play dress up.”

She’s also quick to note that there’s much “work to be done around making the fashion world a safe and less exploitative place” and realigning the notion that “queer is cool” to extend beyond the visuals and appropriation of culture to “making sure that queer people are involved in decision-making, too.”

This is something that’s become an extra potent point given the rising commercialization of Pride festivities, and how many see it as a collection of hollow gestures by corporations who are only interested in engaging with the community around the month of June, and, only in terms of selling them products or giving visible sponsorships. As the world at large has also begun to refocus where they spend their dollars throughout the pandemic, Lalonde says that to celebrate Pride this year, one should consider supporting queer-owned business — especially if they were your favourite places to visit in the “before times.”

“I want my Pride to be in a bookstore,” Lalonde laughs as she points to Glad Day Bookshop — and their Golden Girls-themed brunch Rose Beef, hosted by local artist Mikiki in particular — as a beloved boîte to spend time in. “We’re starting to recognize the vitalness of small businesses, and I’ve seen such resilience this year,” she adds. And we couldn’t think of two better words to sum up the essence of Pride, either.