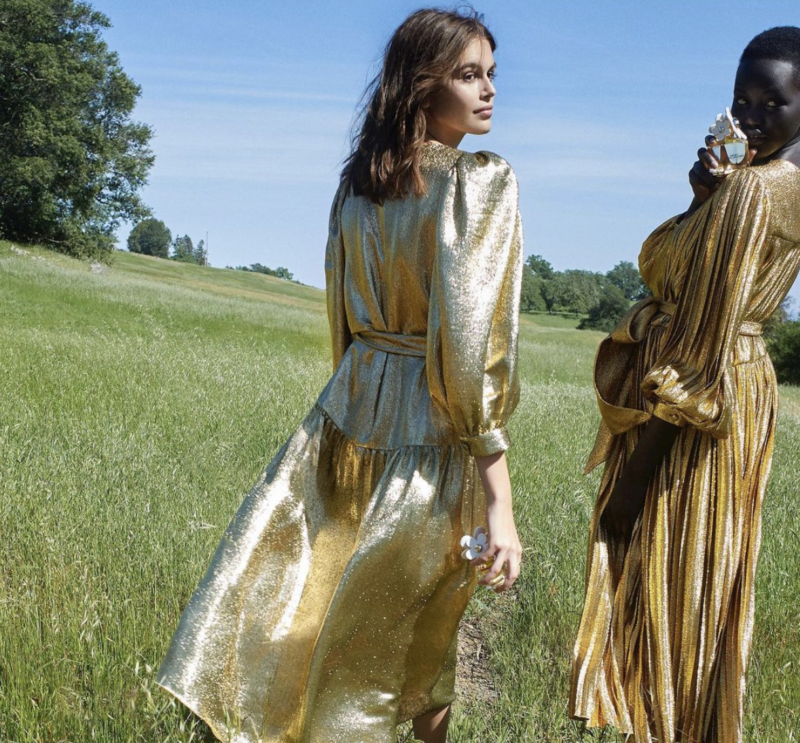 We spoke to the model about Muskoka summers, her book club, and the new Marc Jacobs fragrance she says smells like “golden hour” at her cottage.

19-year-old model Kaia Gerber spent the last year and a half just like the rest of us: baking banana bread, experimenting with DIY specialty coffees (“I’ve gotten very into making my own mushroom coffee so I’m wired all day,” she says) and starting a book club. Unlike the rest of us, her bi-weekly book club is still going strong and features celebrity guest appearances. (In the club’s first meeting, Gerber and Normal People actors Daisy Edgar Jones and Paul Mescal discussed the Sally Rooney novel of the same name.)

“I never wanted to overstep in the literary community,” says Gerber, who’s an avid reader. “But I’m grateful to have been accepted into this world that I’ve always wanted to be a part of.” Gerber’s hobby caught the attention of her longtime collaborator, designer Marc Jacobs, who even donated masks to NYU Langone Health Centre in honour of the model’s book club.

Now, the two have paired up again — this time in their usual way, swapping books for bottles as Gerber stars in the latest campaign for the Daisy Marc Jacobs fragrance franchise, which she’s been a face of since 2017.

The newest scent, Daisy Eau So Intense (from $115), is inspired by the warmth of the sun, the beauty of golden hour and — what else — fields of fresh daisies. With notes of strawberry, pear, honey and vanilla, Daisy Eau So Intense is bright and deeply joyful. “It reminds me of watching the sunset with my family,” says Gerber, who’s counting down the days until she can head back to her beloved Muskoka cottage. “By the way, everyone here [in California] calls it a house. I’ll say ‘cottage’ and people are like, ‘Are you from Goldilocks and the Three Bears?’” she laughs.