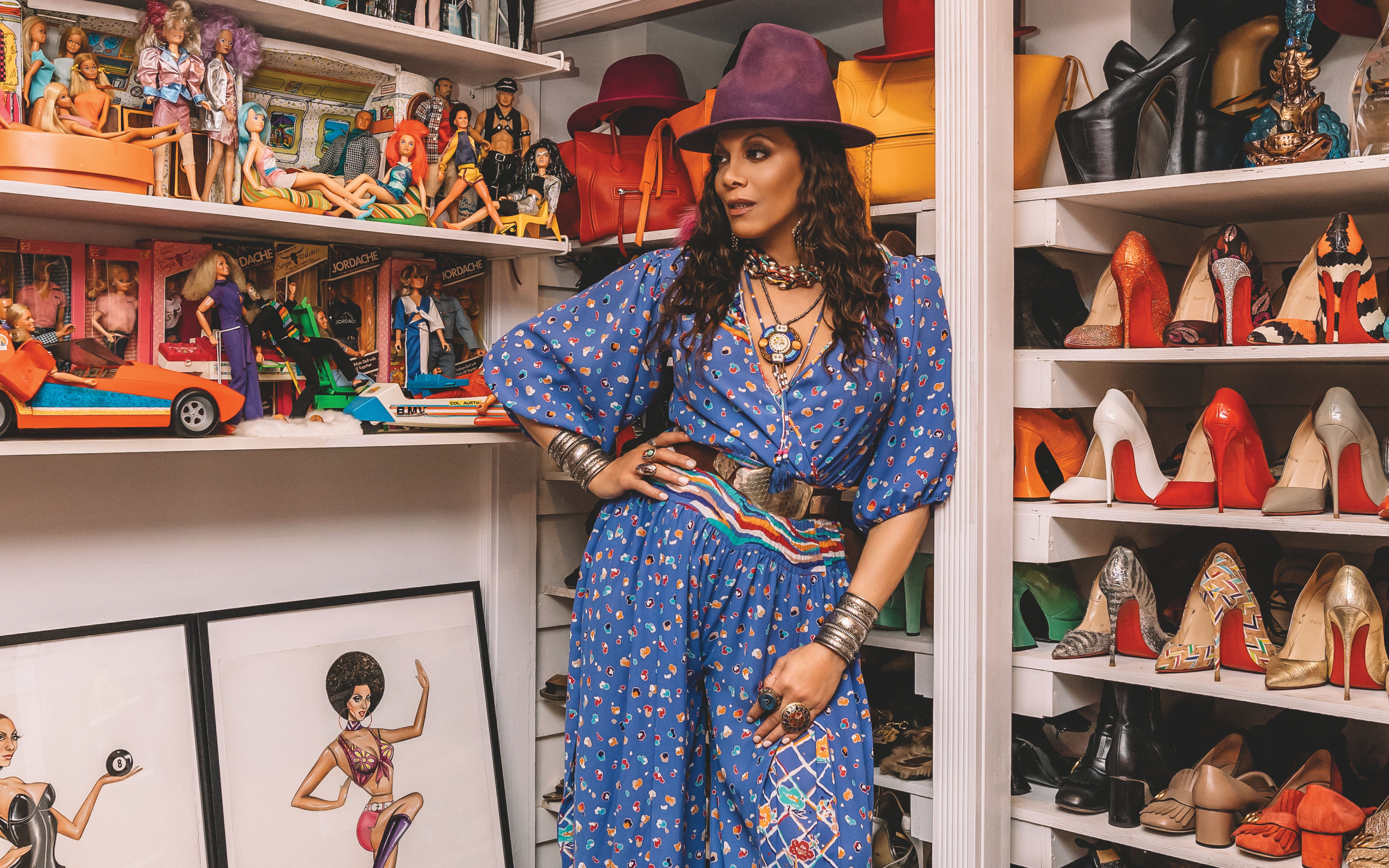 “When you love something, you’re always going to take good care of it and cherish it.”

To describe Lina Bradford as a collector is an understatement. The New York-based DJ and talk show host’s apartment is stuffed to the gills with compilations of all kinds, from an army of Barbie dolls that she’s been holding on to since her childhood to decades’ worth of shoes — most of them high heels — by designers including her bestie Brian Atwood, Christian Louboutin and Vancouver’s John Fluevog.

So, what’s a better way to characterize this diva whose digital chat show is launching its third season this month — someone who owns a dozen of Vivienne Westwood’s Buffalo hats in an array of colours and snapped up a host of pieces from Alessandro Michele’s first Gucci collection without hesitation?

“I’m an archivist,” Bradford says when discussing the diversity of her collections, adding that despite the volume, her space doesn’t feel “hoarder-y.” And of course she keeps her pieces organized and well maintained. “When you love something, you’re always going to take good care of it and cherish it.”

She has plenty to tend to, though. There’s the volume of vintage pieces — she owns upwards of 70 garments by Diane Freis, including the charming printed jumpsuit she donned for this shoot to coordinate with a pair of purple Atwood sandals — not to mention her staggering selection of So Kate styles from Louboutin.

She began wearing the designer’s shoes after he invited her to his Parisian atelier two decades ago, when she was becoming a well-known name on the DJ circuit. Initially, Bradford wore the Pigalle design, but she then gave them all away to make room for her new obsession, the slender So Kate. “I love a severe heel,” she enthuses.

But the question begs to be asked: How does Bradford manage to make it through a night of partying while decked out in towering stilettos or prodigious platforms?

“People ask me that all the time,” she says, laughing, and goes on to credit her years as a trained dancer (ballet, modern and more) for allowing her to flex her feet for hours at a time. “I’m just so mentally and physically ready to be in a pump,” she says. “I have to prepare myself to be in a flat. That’s a chore!”