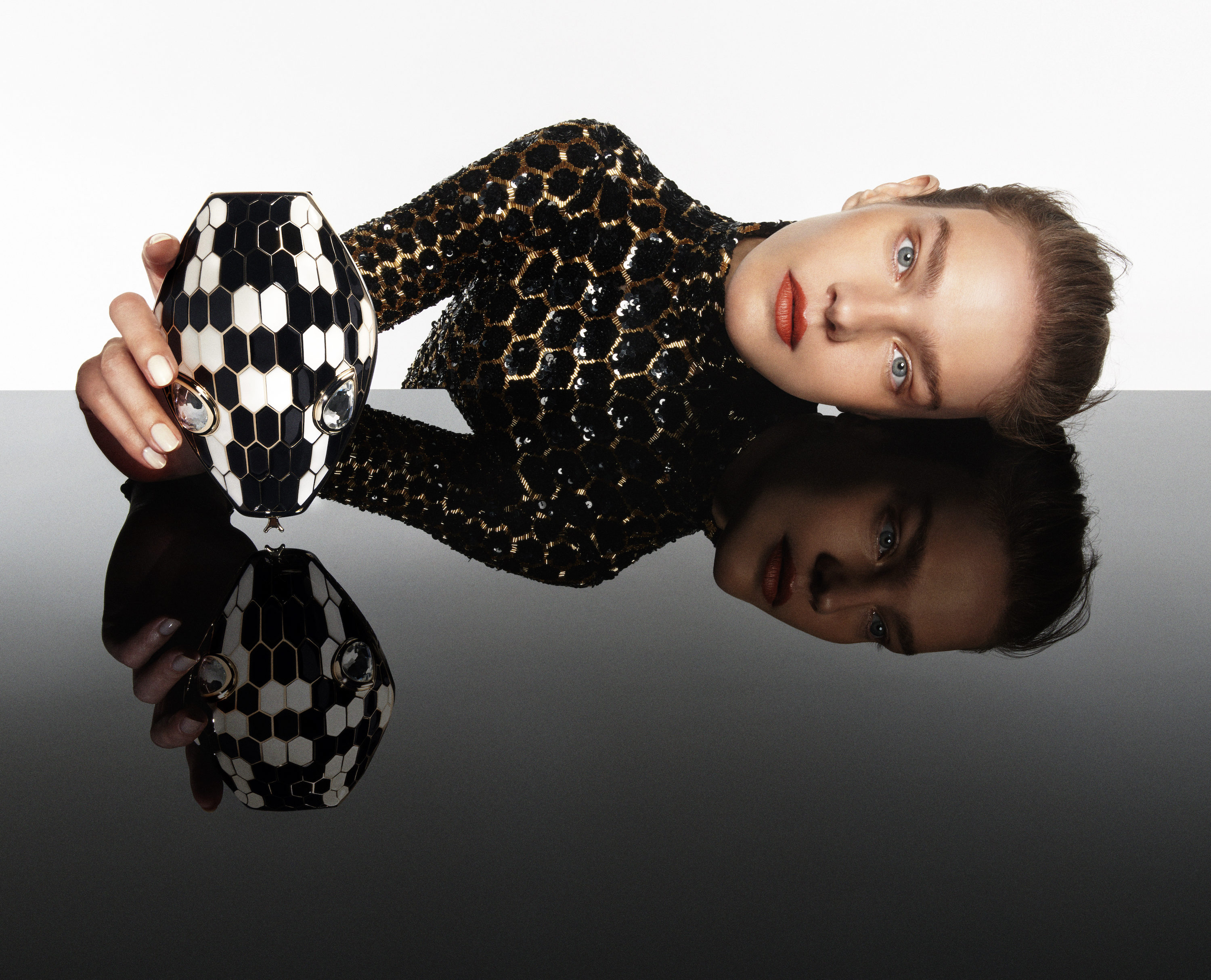 Transformation: It’s a concept that likely resonates more deeply than ever with most of us given the year-plus we’ve spent inside while enduring a process of evolution within ourselves — and the world at large. So, what better timing for the release of a collaboration between the Italian house Bulgari and Greek designer Mary Katrantzou that centres around the themes of change, strength and growth?

That’s not to say the connections explored within the range of decadent pieces was roused by the pandemic itself, as Katrantzou was already thinking about how to interpret Bulgari’s Serpenti icon before the world was plunged into uncertainty. “A mutual appreciation and affection” between she and the luxury brand had blossomed, Katrantzou says, after she featured pieces from Bulgari’s high jewellery collection (current and archival) in her first couture presentation at the Temple of Poseidon in Athens in 2019. Given the link between Sotirios Voulgaris, the Greek silversmith who founded Bulgari in 1884, and Katrantzou’s own heritage, a deeper creative union manifested from there.

Katrantzou was able to see Bulgari’s jewellery archives in the early stages of the project (before the process turned remote), and was struck by not only the elaborate iterations of the snake symbol throughout the decades, but also how deeply its meaning struck a chord in her personally. “It’s something I immediately felt connected to,” she says of the snake and its representation in both Greek and Roman mythology. “[It’s a] symbol of transformation, rebirth, healing — and the shedding of skin to allow for further growth.”

Determined to create pieces that honoured what came before through the lens of her own perspective and prowess, one of the standout items in Katrantzou’s ‘Serpenti Through the Eyes of’ collection is the lavish serpent’s head minaudière. The design takes influence from a Bulgari timepiece from the 1960s, and comes in styles that also play off the colours used in vintage pieces through intricate enamelwork (both monochrome and multi-hued). “[Bulgari and I] both have an affinity for bold colour,” Katrantzou says with a laugh.

Indeed, so many aspects of symbiotic creative vision are embodied in this new offering, from the couture-level embroidery of a butterfly motif — representative of the notion of metamorphosis — on a top-handle bag, to the mesmerizing patterns that infuse a sense of life into a selection of silk scarves. The pieces also infuse a sense of hope into the world, in that a portion of proceeds from sales will go to the Naked Heart Foundation, a charity focused on people with disabilities and special needs that was launched by model Natalia Vodianova (who stars in the collection’s campaign, naturally).

Katrantzou has always delighted fashion fans with her artistry, and for this project, she contemplated the way metamorphosis “has been expressed in art before,” name checking the likes of Escher and how “circularity has been represented graphically.” She highlights that serpentine symbols reflect this idea too, nodding to the ouroboros — the snake eating its own tail — as a “shape of infinity;” it’s interesting to see how ideas of change and continuation reveal themselves so seamlessly in the designs.

Creating the collection proved to be a salve for Katrantzou, who says she and her team enjoyed the experience — despite being done in separate spaces — immensely. And the ability to slow down and savour the process was a unique positive aspect of the pandemic. “Early on, [Chicago-based retailer] Ikram Goldman told me that thankfully for designers, they’re able to be bored. There’s no creativity without boredom.”

“I think it might be a controversial thing to say,” Katrantzou continues, “but the pace of the fashion industry has been so relentless that to have a moment where you are able to visualize ideas and have the time to explore creativity to the fullest — that’s a gift we didn’t have before.”

Katrantzou describes herself as an eternal optimist, so the fact that she’s able to see the bright side of things shouldn’t be a surprise. But it’s also her intimate knowledge of how the pace of the fashion industry has long impacted the stamina and self-preservation of creatives that helps cast thoughtful consideration towards the events of the last 14 months. “I see how it’s helping us and affecting change in a positive way,” she says. “It’s inspiring to see. And it’s an opportunity to change a value system that needed a rebirth.”