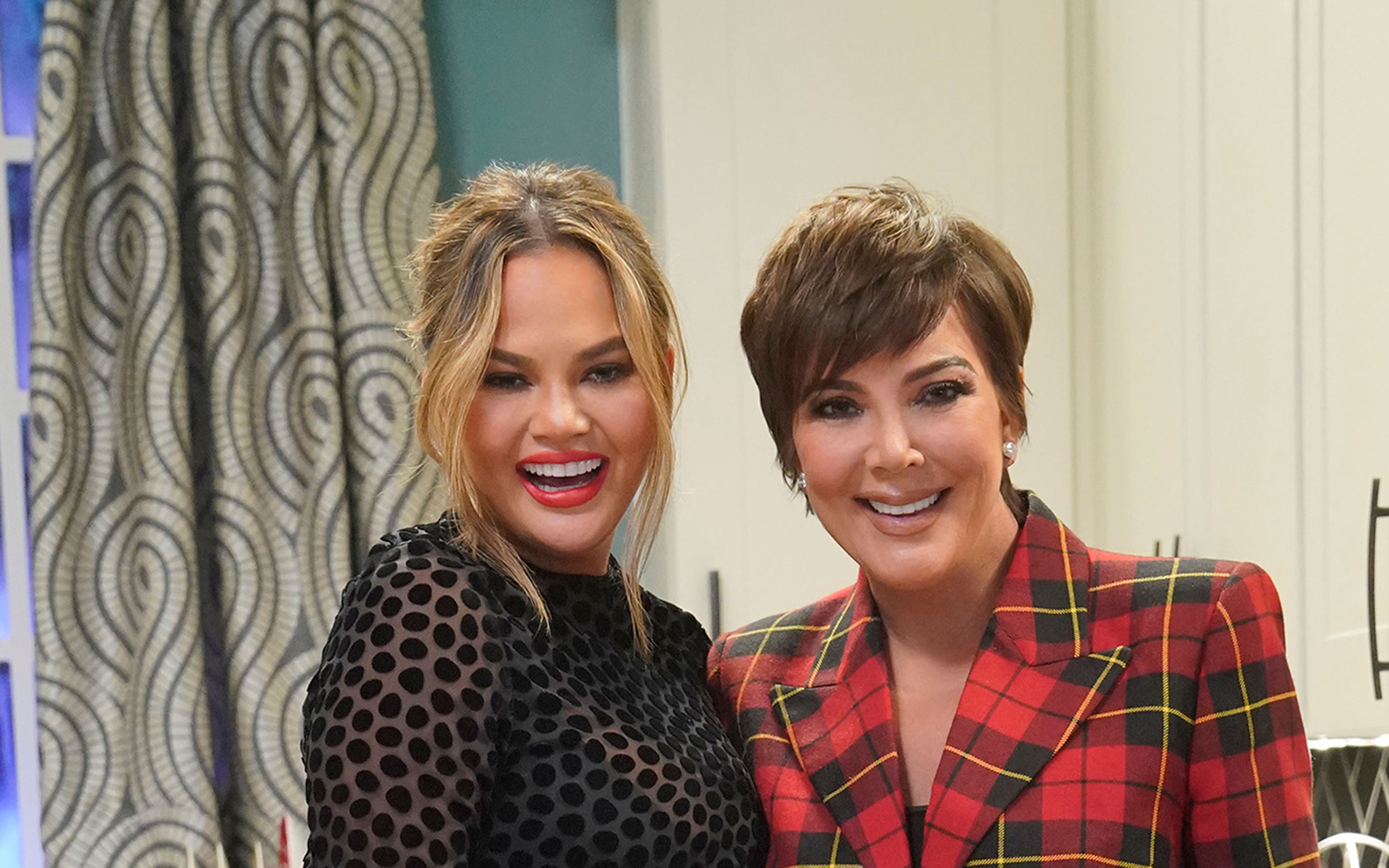 Teigen has teamed up with Kris Jenner on Safely, their new line of plant-powered line of home and self-care products.

The cookbook author and Kardashian-Jenner matriarch have teamed up for a new line of plant-powered cleaning and self-care products called Safely, People revealed yesterday. Starting at $6 USD, the collection includes a range of gentle products like glass cleaner, hand sanitizer, hand soap and a universal cleaner, all scented with natural aromatherapy oils. According to the brand’s Instagram, the minimalist green and white containers are meant to be reused thanks to refill kits that will also be available.

According to People, Teigen and Jenner have partnered with Emma Grede, the co-founder of Khloé Kardashian’s fashion line Good American, to launch the line.

To announce their new project, the duo released a hilarious Insta video. “I want my own product line because, honestly, everyone has one already — I even have one,” Teigen quips. “But for my next thing, I want some help from the branding master herself, Kris Jenner.”

Jenner then speaks to the camera, saying: “I’m really excited to partner with Chrissy — I just hope her ideas aren’t really dumb.”

For the sake of comedy, Teigen arrives with a host of bad ideas — like “pre-chewed” spaghetti and son-in-law repellant — that Jenner rejects before they land on the concept for Safely. “We should create a line of super-effective cleaning products — plant-based — that are safe enough for the entire family,” Jenner explains. “And we can even use them to wash our hands.”

As Teigen mentions in the video, this isn’t her first product line; she already has her own collection of cookware and tableware named after her cookbook, Cravings. (P.S. The popular home goods line just launched in Canada for the first time, available exclusively at The Bay.) But it is the first time she’s teaming up for a business project with anyone in the Kardashian-Jenner family, who she’s been a long-time friend of (she’s even BFFs with their go-to hairstylist, Jen Atkin!). According to Bustle, Teigen and Kim Kardashian met back in 2010 on a double date and have been pals ever since — Kim and Kris even appeared on Chrissy and husband John Legend’s 2018 holiday special, A Legendary Christmas with John and Chrissy.

Jenner, of course, has helped her children launch their own brands, like Kylie Cosmetics, and reportedly has filed trademarks for a beauty line of her own, though she hasn’t officially announced any plans.

Safely launches online on March 25. There’s no word yet on if the products will ship to Canada, but we’ll update this post with the latest news.