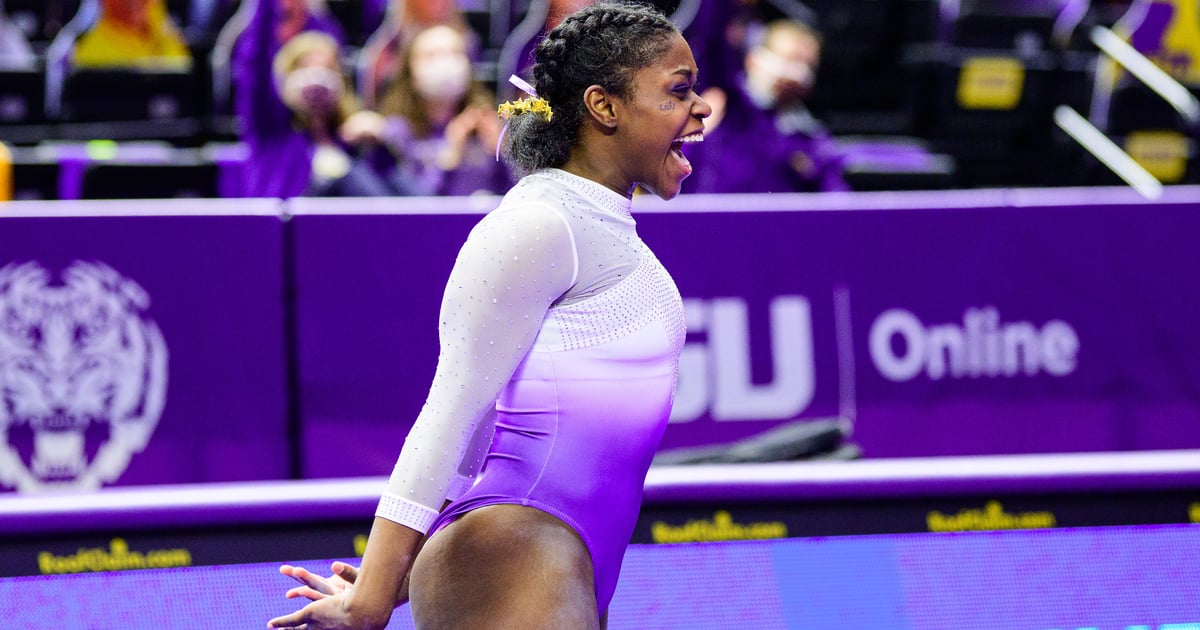 On March 5, LSU sophomore Kiya Johnson received her second perfect 10 on floor this season — her first was garnered at the season opener back in January — and it was the fourth of her career overall (last year she scored a 10.00 on vault and beam). Johnson and team won the meet against the University of Missouri; it was their last regular-season competition before the SEC Championships on March 20.

Despite a slight slide while landing her first tumbling pass, a full-twisting double backflip, Johnson ended with a rock-solid double pike. Her presence on the floor is undeniable, and the electronic music vibes bring an added spark to the performance. “To close the meet out like that felt really good,” she said during a post-competition press conference, noting that the team still has more to give going into the championship later this month.

It was a double-the-perfect night for the Tigers: LSU freshman Haleigh Bryant also scored a perfect 10.00 with a stuck vault. We love to see it!