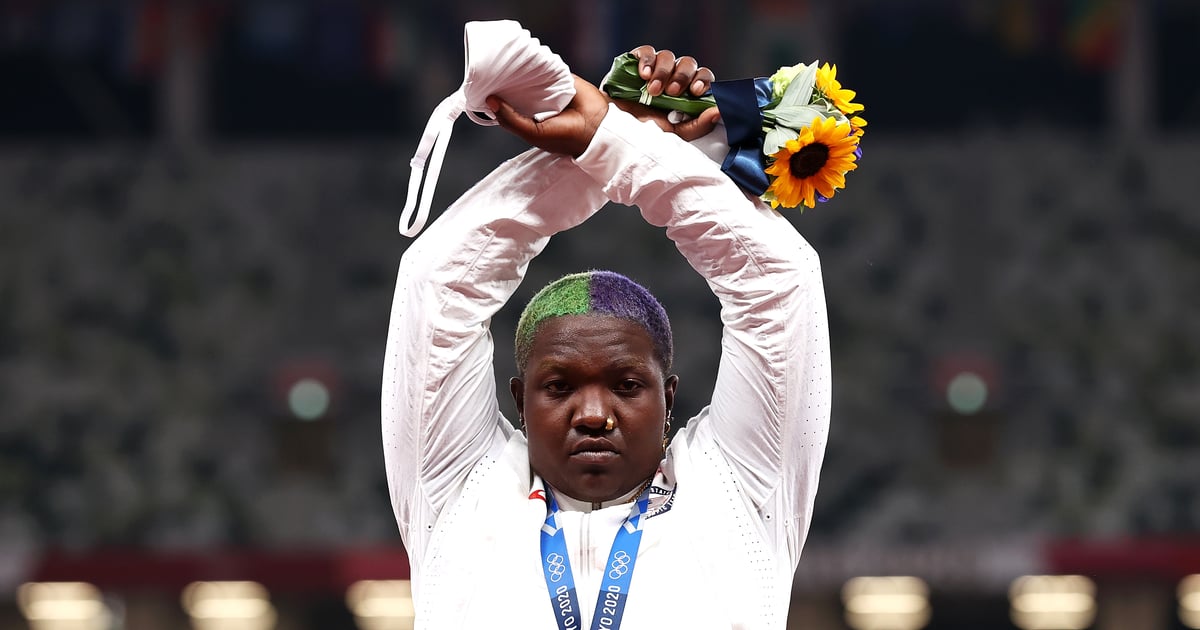 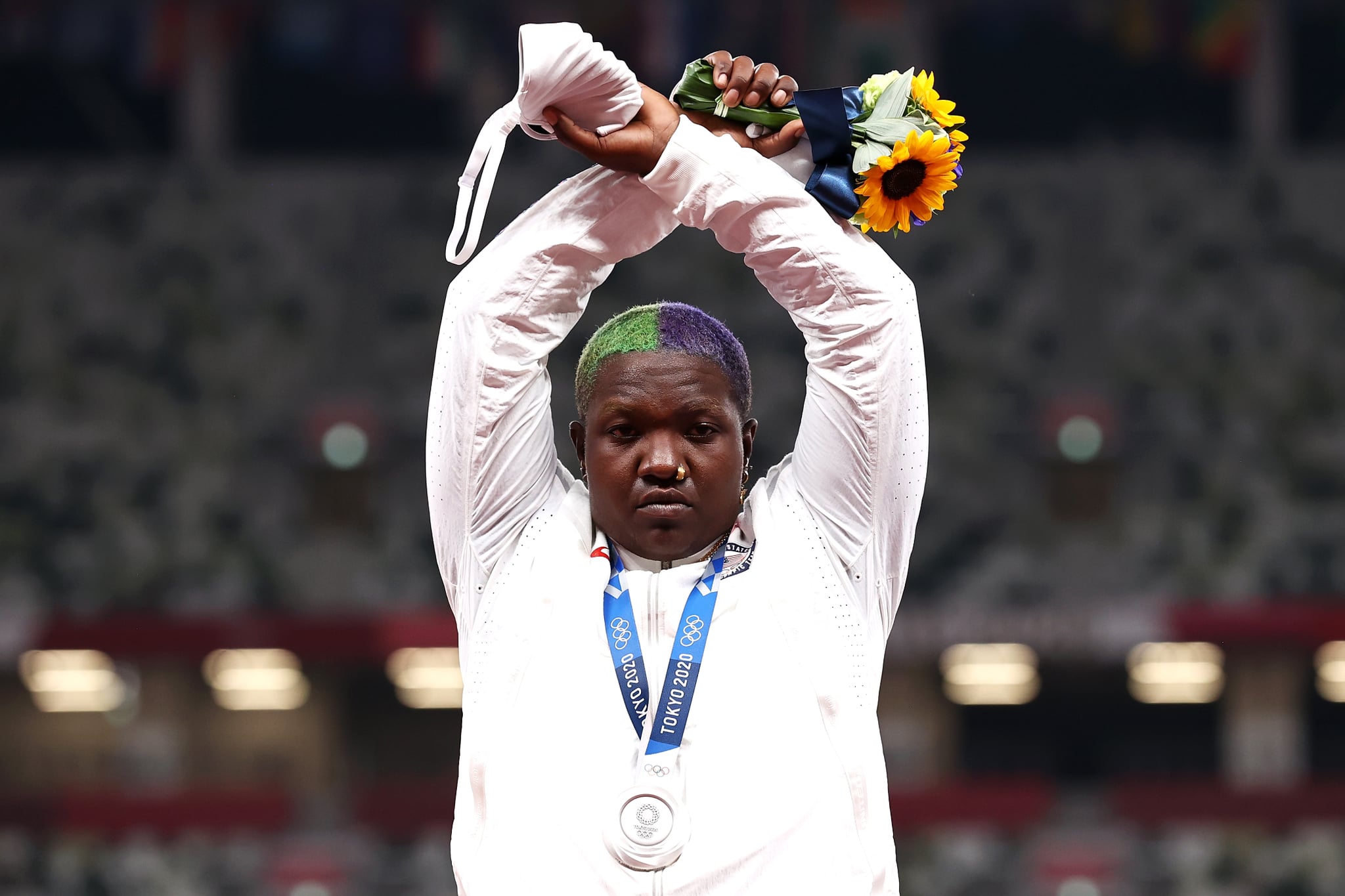 US shot-putter Raven Saunders got her first Olympic medal on Saturday when she won silver in the women’s shot put with a distance of 19.79 meters. During the victory ceremony on the podium, Saunders lifted her arms and crossed them in an “X” shape. She told NBC’s Craig Melvin the meaning behind the gesture.

“For a lot of the athletes, we talked about what was going to be our stance and what do we stand for. And ‘X’ pretty much represents the intersection of where all people who are oppressed meet,” Saunders said. “I’m a Black female, I’m queer and I talk about mental health awareness. I deal with depression, anxiety and PTSD a lot. So me personally, I represent being really at that intersection.”

After Saunders’s gesture, the International Olympic Committee (IOC) is looking into whether or not it violated its regulations against protesting at the Games and during victory ceremonies.

In July, the IOC relaxed its regulations around athlete demonstrations by announcing that athletes could peacefully protest at the Games, but only on the field of play before the competition. However, the IOC still restricts athletes from demonstrating during victory ceremonies and on the podium, and Saunders made her gesture on the podium after receiving her medal. The United States Olympic and Paralympic Committee (USOPC), on the other hand, decided Saunders didn’t break the rules.

“Per the USOPC’s delegation terms, the USOPC conducted its own review and determined that Raven Saunders’s peaceful expression in support of racial and social justice that happened at the conclusion of the ceremony was respectful of her competitors and did not violate our rules related to demonstration,” the USOPC said in a statement to Reuters.