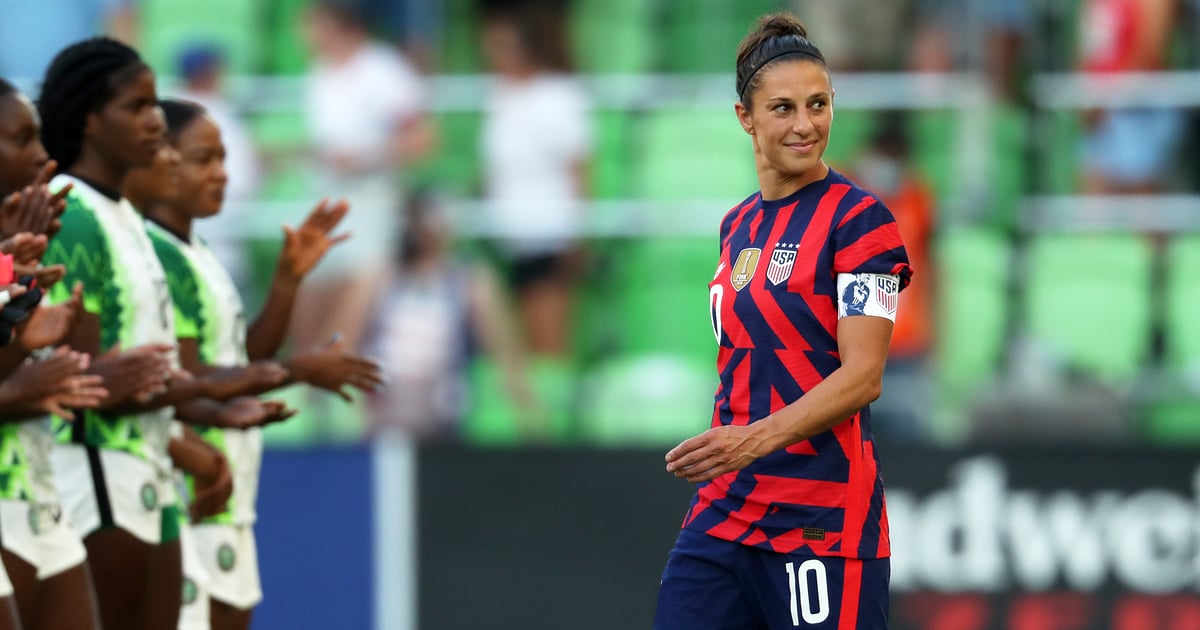 Two-time Olympic gold medalist Carli Lloyd is a walking record book to say the least. A seasoned veteran on this summer’s USWNT Olympic roster, Lloyd — who’s celebrating her 39th birthday in Tokyo — will be the oldest US women’s soccer player to ever compete at the Olympics. But she’s also looking to break at least two more records. Scoring a goal in Tokyo would make her the oldest player in the world to ever score at the Olympics. (She’s already the oldest woman to score an Olympic goal!) And, if the USWNT take home a fifth Olympic gold, they’ll be the first soccer team to win back-to-back World Cup and Olympic championships.

The stakes are high, but as Lloyd recently explained to NJ.com, she’s been preparing for this moment “[24] hours a day, seven days a week for 17 years” on the international stage. “People will talk about your legacy when you’re done, when you retire. I know deep down what I’ve done and accomplished, what I’ve had to overcome and what I’ve given to the sport,” she said. Going into Tokyo, Lloyd has been very open about the possibility that she’ll retire and never compete at a World Cup or in the Olympics again. “There are other things that I want to do in life,” she explained, adding that after putting her life “on hold” for nearly two decades, she’s ready to take that next step. “At some point, all good things come to an end, but for me it’s mostly going to be the decision to walk away because of that next chapter.”

So, what else should you know about this two-time World Cup champion, four-time Olympian, two-time Olympic gold medalist, and 2015 FIFA World Player of the Year? Keep reading to find out.